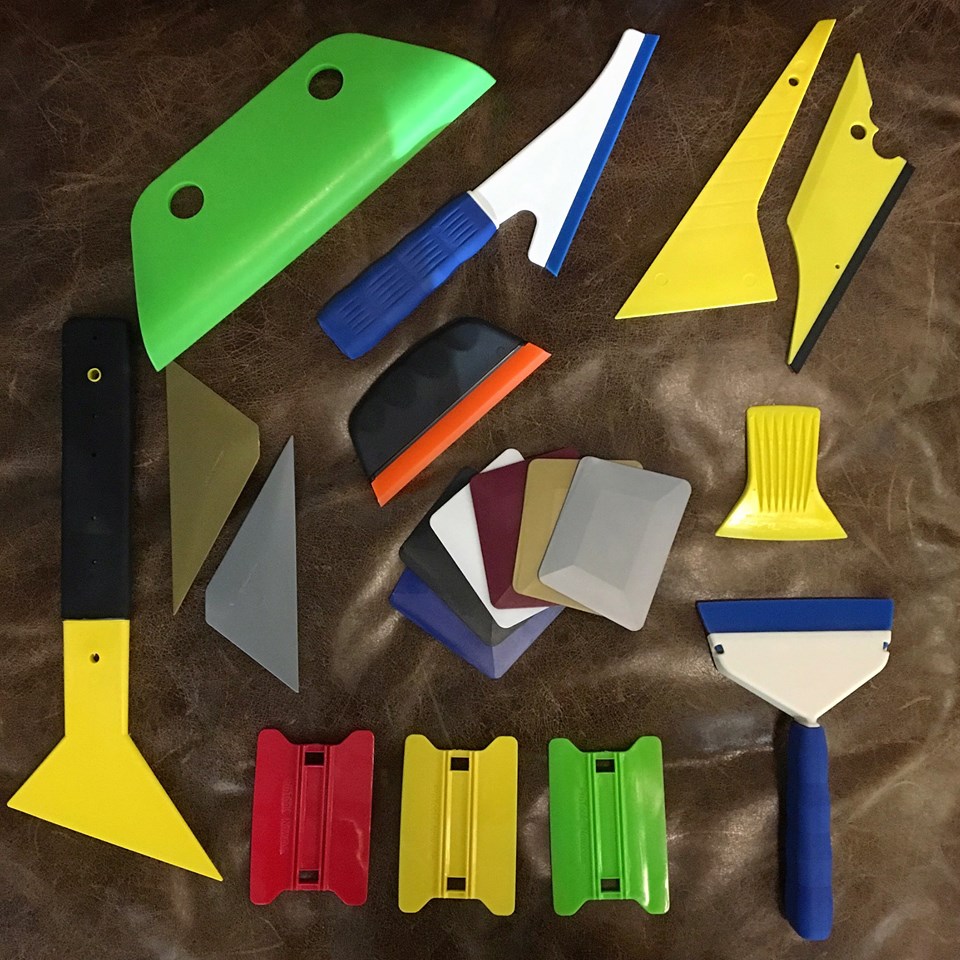 Close the patent office. Everything that can be Invented has already been invented.Attributed to Charles H. Duell, Commissioner of US Patent Office in 1899 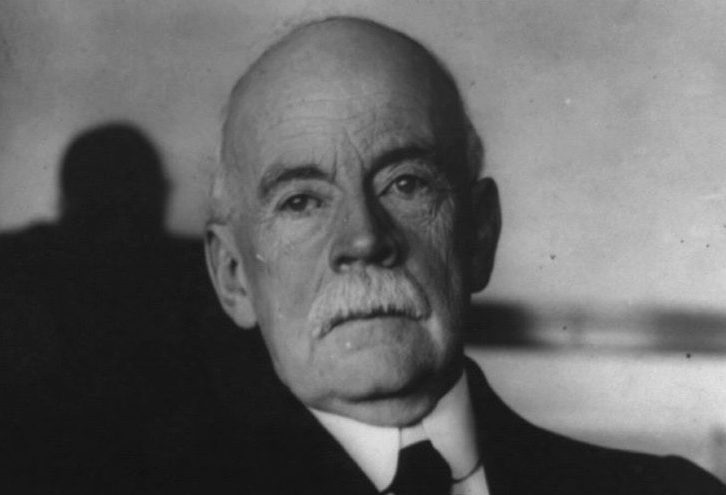 Although Mr. Duell apparently never actually uttered this quotation himself it is attributable to him through historical lore and hyperbole, this notion has struck a chord with many inventors, over the years, as a statement of attitude towards new concepts. This is how many inventors feel society typically responds to their ideas upon release…

“We already have everything we need. Why bother with anything NEW?”

Why Indeed!…Introducing the Speed Wing from Pro Tools Now! 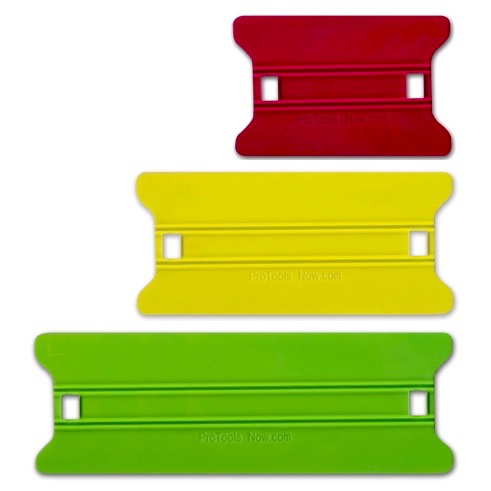 Pro Tools Now Resident Owner and Inventor, Bob Williams, always saw the limitations inherent in the notorious Vinyl Graphics Squeegees also called Bondo or Bump Cards. Although these tools have been popular in the Vinyl Graphics and Tinting business for decades, they are tools, perceived by Bob to be antiquated, crude and rudimentary. Bob had a DREAM…

He wanted to transform these ageing squeegees into a progressively modern tool with greater ease of use and improved functionality. Speed Wings enhance the job of film installer while making their tasks smoother, flatter and easier. While economical, traditional Vinyl Graphics Cards are often made out of very cheap plastic that typically does not glide across films easily. The materials have a relatively high coefficient of friction and the tool edges are easily damaged. Bob felt that he could create a tool that worked better and lasted longer for film applications, it would just take some time and hard work to develop the dream to create Speed Wings.

The result of his desire to create a better Squeegee is the all new line of Speed Wing application tools. While the shape and design might slightly resemble a traditional Vinyl Graphics Squeegee, there are three primary features that set Speed Wings apart.

First, the Speed Wing is designed with “wings” to enable the installer to reach tight or recessed areas out of the reach for the traditional squeegee options. These “wings” become an intuitive extension of a traditional rectangle tool, and you will wonder what you ever did without the extra reach. 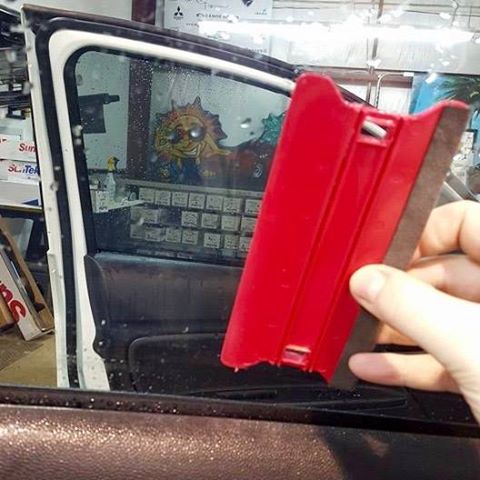 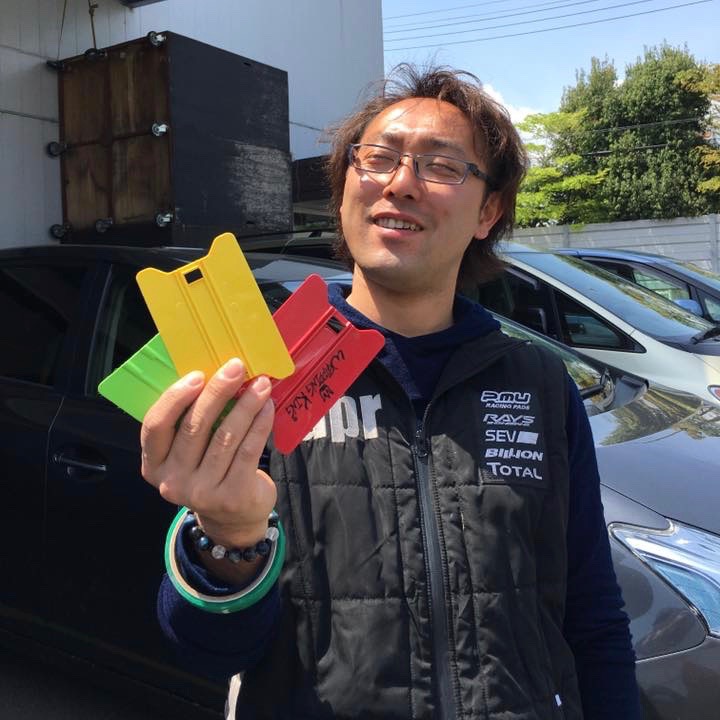 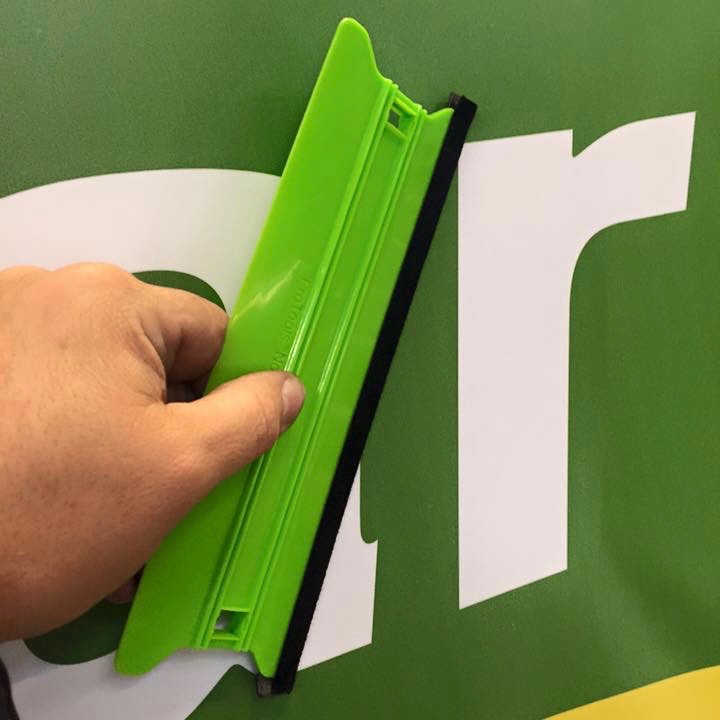 Next, the Speed Wings come with a unique feature of having one flat edge and one curved edge (See the picture below to see the curved edge as compared to the straight edge of a piece of paper). The curved edge is a proprietary design element that Pro Tools Now calls Control Contour Technology (CCT). This feature enables the tool to encourage a finger or bubble to disperse outward as the arched edge is pushed forward over the film surface which reduces the chances of a crease and SPREADS OUT the inherent FILM TENSION the installer experiences while working with films. The CCT also enables the Speed Wing to be a terrific tool for smoothing out large vinyl graphics, transfer tapes and pre-mask on flat surfaces.

Finally, the materials chosen for the Speed Wing are premium components selected to enhance the functionality of the tool through varying flexibility options. This unique and proprietary blend of components enable Speed Wings to slide across most film surfaces easily while still maintaining the rigidity requisite lateral rigidity to lay the material flat while removing air pockets or moisture underneath the film. 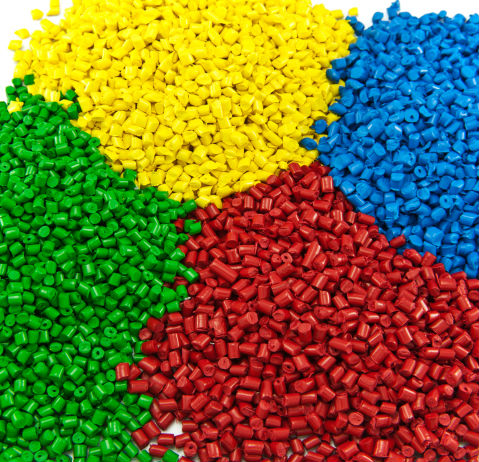 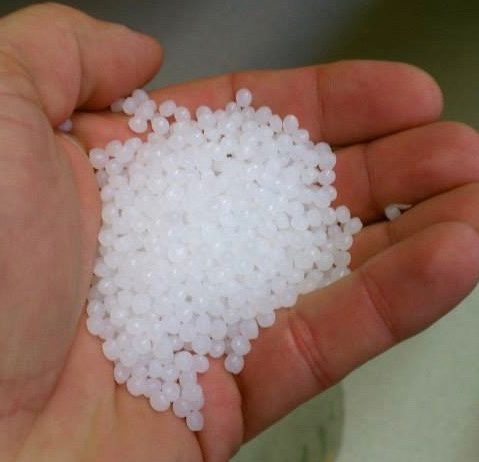 The Speed Wings are now available at leading installation tool suppliers. If your supplier does not carry the Speed Wings, ask for them by name. The Speed Wing is available in Cherry (soft), Lemon (Medium) and Lime (Firm). All three flavors are available in a 4.3″ (110mm), 6.3″ (160mm) and 8.3″ (210mm) in size. The shorter lengths work great when working with curvier surfaces like fenders, bumpers and mirror housings on vehicles and the larger sizes come in handy when working on larger flat surfaces like sign faces, walls, and trailers. 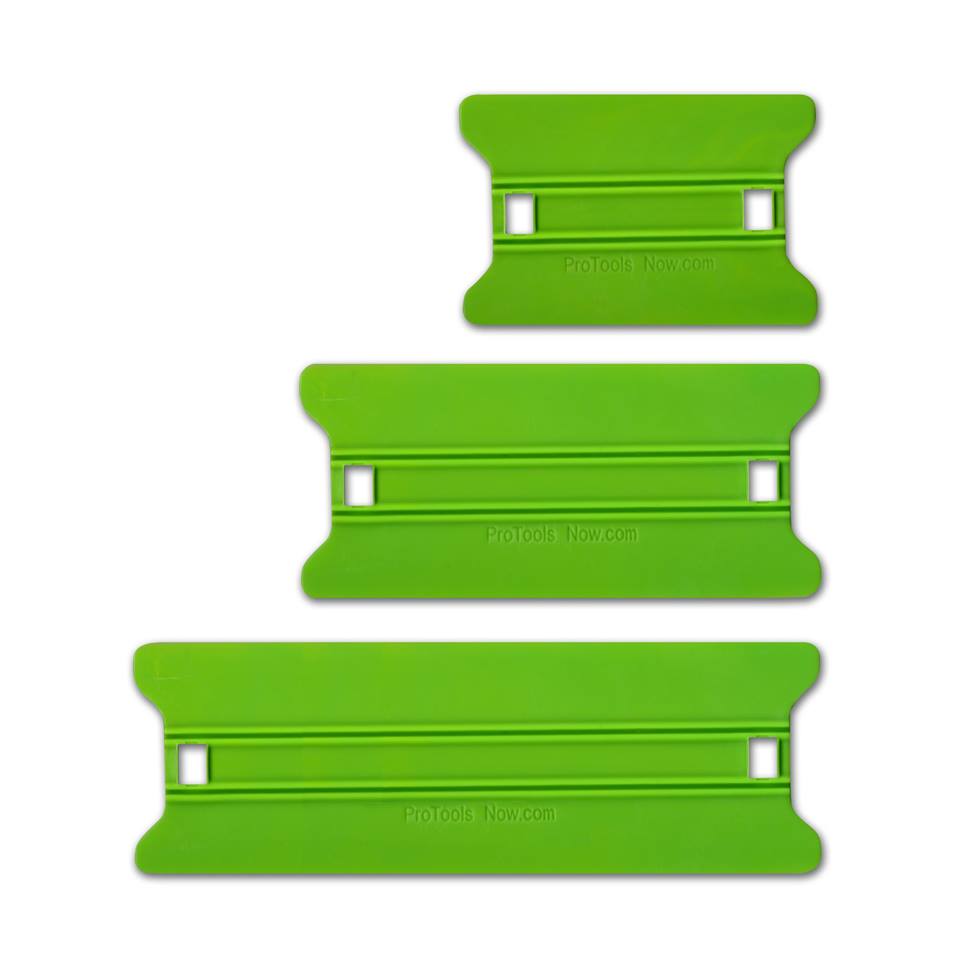 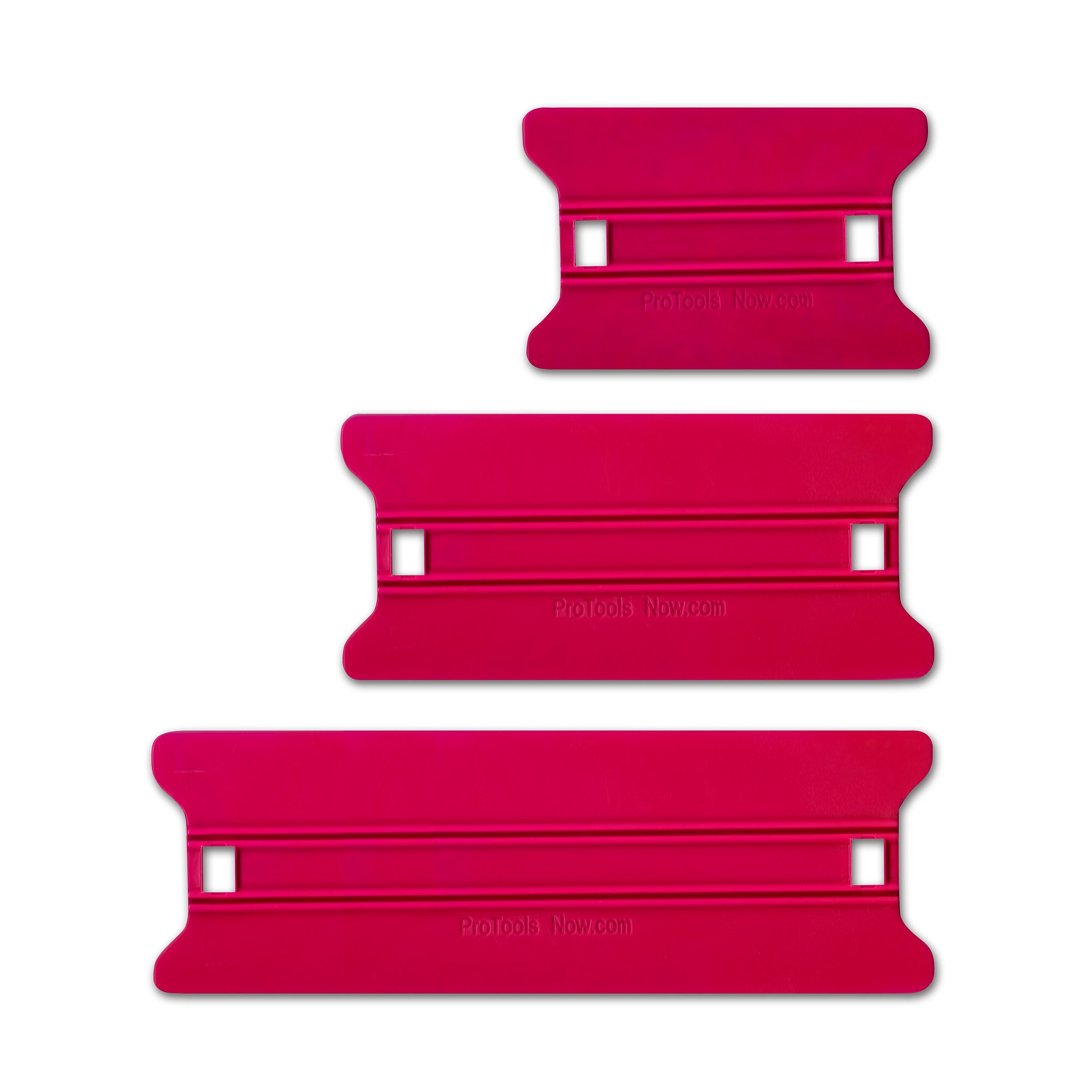 We will leave you with this short video of fellow installer Danny Munoz and what he had to say about the new Speed Wings. Also, see what Ismail Pereira thinks of the Speed Wings in his post on Facebook. 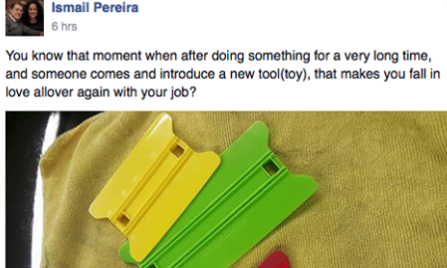 When choosing your tools, make sure you are getting buying from the best. Pro Tools Now has been designing and manufacturing tools for the film installation industries for over 30 years. Ask for them by name at your regular supplier.

9 Comments on “Have All the Tools You Need Already Been Invented?”